Here at the office of Dr. Cobb, we have an exclusive club that many of our patients belong to. Okay, well, it’s not actually exclusive. Any of our patients here at the pediatric dentistry office can join. It’s called the Mustache Club. And if you haven’t seen all the pictures on our official Dr. Cobb Facebook page, we’re here to tell you that it’s appropriately named!

The Mustache Club is exactly what it sounds like. In order to belong to the club, you have to be a pediatric dentistry patient at Dr. Cobb’s office in Olathe, Kansas. And you have to get your picture taken wearing a hilarious mustache.

How did the Mustache Club begin? It was a bit of a lucky accident, actually! The Mustache Club began as something fun we wanted to do with our super-cool patients when they came in for their appointments. As you may already know, when our young patients come in to the office, they get a chance to pick out prizes after they do everything they’re supposed to do during the course of their dental appointment. In our treasure trove of prizes, we had several packages of fake mustaches. Some of our first prize winners put them right on, and we were so amused that we decided to take pictures of them on the spot. After that day, everyone who selected the mustache prize was asked to take a picture wearing their new mustache. The Mustache Club was born!

Months later, we found that we had dozens of hilarious mustache pics in the office. When we decided that it’d be fun to post the pics around the office and on our Facebook page, we asked the parents for permission, and started putting up the photos whenever we could.

Over the months that followed, we discovered that most of the kids in the family were pretty excited about posting Mustache Club pics to our Facebook page. It’s a fun way for them to see themselves in their mustaches and others as well. Dr. Cobb and all of us here at the office just love it when a new Mustache Club picture goes up.

We expect that the Mustache Club will be around for a little while longer, so if you haven’t had time to get your picture taken in one of our fun fake mustaches, you have a little while yet. (We’re probably keeping the fake mustache industry alive all by ourselves!) We expect that we’ll continue the Mustache Club here at Dr. Cobb’s office until spring. That’ll give us enough time to go through all of the mustaches we’ve ordered.

So, show us your best mustache, take a pic, post it to the official Dr. Cobb Facebook page, and feel free to tag yourself!

This article is brought to you by Dr. Cobb The Kid’s Dentist, an Olathe, Kansas provider of comprehensive, high-quality pediatric dental care. If you wish to make an appointment for a dental cleaning or evaluation, feel free to contact the office of Dr. David J. Cobb.

View all posts by Dr. Cobb → 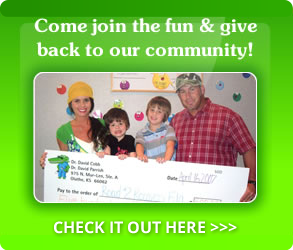 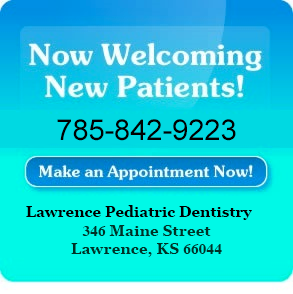